Full Bridge Closure on Sheridan Street over the Intracoastal Waterway

Although it is a bit delayed, as of today (June 13, 2022) the Sheridan St. bridge crossing the intracoastal waterway will be closed for approximately 90 days. There will be no east / west traffic on the bridge whatsoever during this time. Alternate routes will be Dania Beach Blvd. to the north and Hollywood Blvd. to the south.

The Florida Department of Transportation has released the following information:

Project improvements include installing bicycle-friendly/anti-slip walking plates along the bridge’s moveable spans, removing existing curb and adding a 32-inch traffic barrier between the sidewalk and roadway, removing and replacing the outer pedestrian railing, adding new pedestrian gates in each direction, renovating the existing tender house, upgrading electrical and mechanical components, and access platforms on the bridge.

For or any questions, or concerns please contact FDOT Community Outreach Specialist, Rebecca Guerrero at rguerrero@corradino.com

The Sheridan Street bridge is being upgraded for a variety of safety and mechanical issues and this is a good thing.
A road or bridge closure is never convenient but let’s ensure everyone will be able to visit by providing friendly advice and helping them with the best possible way to come to Hollywood Beach. 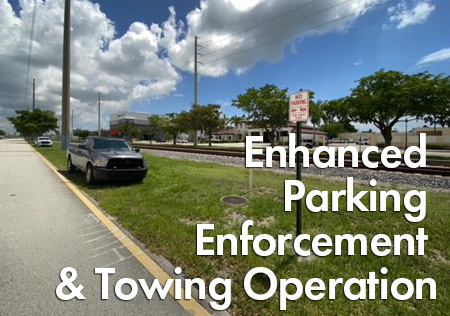